In the shadow of a divisive election, a surging pandemic, and the searing video of George Floyd’s death, how are we to discern our way as a faith community? As St. Paul wrote in his second letter to the Corinthians (4: 8-9), “We are hard-pressed on every side, but not crushed; perplexed, but not in despair; persecuted but not abandoned; struck down, but not destroyed.”

What conclusions can be drawn from the facts? What hopes will guide and sustain us through these critical days? 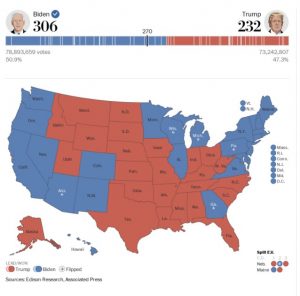 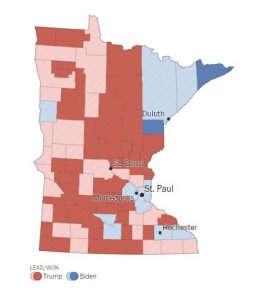 If we’re to heal our divisions, we face a lot of listening and witness to people who disagree with us about social, environmental, and financial problems that won’t heal themselves. There’s work to be done, forswearing “cheap grace” while pursuing the Way of Love as a remedy for healing. Martin Luther King, Jr. demonstrated that love in its active form as inspired by Jesus Christ and practiced by Gandhi (satyagraha, or “truth-force”) offers a cure. With love as medicine, we can reach out to the 73 million who voted for Trump in 2020. In his day, Dr. King was trying to reconcile how the ethics of Jesus could be applied to change the hearts of those in power and their followers, who were most decidedly not of his political persuasion. As he wrote in Stride Toward Freedom:

Prior to reading Gandhi, I had about concluded that the ethics of Jesus were only effective in individual relationships. But after reading Gandhi, I saw how utterly mistaken I was. For Gandhi, love was a potent instrument for social and collective transformation. It was in this Gandhian emphasis on love and nonviolence that I discovered the method for social reform that I had been seeking for so many months. I came to feel that this was the only morally and practically sound method open to oppressed people in their struggle for freedom.

As we roll up our sleeves to root out systemic racism and nurture relationships with those for whom we lack understanding by practicing satyagraha, I take solace in the words of FDR’s First Inaugural Address:

…the only thing we have to fear is fear itself – nameless, unreasoning, unjustified terror which paralyzes needed efforts to convert retreat into advance. In every dark hour of our national life a leadership of frankness and vigor has met with that understanding and support of the people themselves which is essential to victory.

We cannot succeed without the support of God, whom we call on in the prayer of the Reverend Kate Heichler of Christ Church, La Plata, Maryland:

O God, as we seek the healing of our nation and all its people,
we pray that you open us.

Open our eyes to see ourselves in the Other, and to see what is breaking their heart.

Open our ears, to hear the stories beneath the rhetoric and stridency, often stories of pain and loss. Help us understand the histories and backgrounds and sometimes traumas that color the way someone believes.

Open our hands, that we might engage without defensiveness.

Open our arms to embrace ones we do not understand,
even those who may hurt us.

Open our hearts to love as you love.

In your name of love we pray, Amen.

The opinions expressed are the author’s alone. They do not reflect the positions of St. John the Baptist Episcopal Church.