On August 2, police in Aurora, Colorado pulled a family of black women from their car and detained them, wrongly, as has been admitted by the Aurora Police Department. The following is a response to that incident, written by ELCA pastor Gayle Bintliff, wife of St. John’s member Jay Hornbacher. 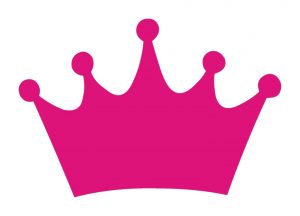 She wore a little crown. She believes she is worthy and powerful. But she learned something different that day. The children of this world are wearing crowns. Some you can’t see as plainly as that bright pink crown, but they are there. And we force them to the pavement and try to squeeze the worth and value right out of them while they cry for their mamas. Or we put them in metal cages and ship them off to God knows where.

The Chief of Police in Aurora apologized, said some things were done wrong. I hope and pray that the little girl and her sisters and their mom can stand tall and remember who they are despite what we keep doing to them.

Last week we drove down Lake Street to the memorial to George Floyd at 38th and Chicago. So many powerful works of art and so much pain laid out for all to see. As we drove by Ingebretsen’s, a Scandinavian market that has been in business on Lake Street for 100 years, the words painted on the boarded-up windows caught my eye:

One human family. We see your royalty. We share your grief.

We see your royalty – what a beautiful and amazing message!

Can we look at our human family and see people for the beloved, worthy souls they are? Can we see that pink crown and honor the little life who probably left home that morning full of joy and pride? In the midst of all the death and destruction we read about each day, that pink crown brings me to tears.

We see your royalty. We share your grief. May it be so.